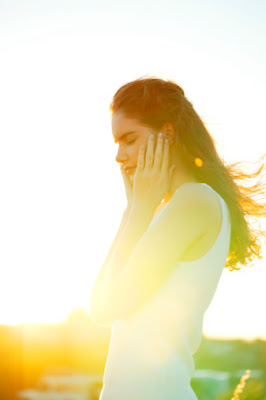 I've done a lot of song writing in the past couple of weeks. The patients absolutely loved creating something of their own and working together to do so.

In the songwriting example I am sharing with you, each patient had the opportunity to write one line on the topic of accepting change and moving on. For the patients who gave up easily and were self-defeating, I encouraged them to say anything. I assured them that the rest of the group would help the person decide on what the lyrics should say. For those who still insisted they could not do it, I asked them to name one thing they've learned during their stay about life changes. The rest of the group molded this into a single line of song lyric that fit with what already existed.

This is the beautiful song they came up with, sung to the tune of "Don't Worry, Be Happy."

After performing it once on guitar for the group, I let them build their own "musical interpretation" of the song using percussion instruments. They then switched instruments and played their song again.

To carry it one step further, our art therapist split them in pairs and had them draw their own interpretation of the lyrics. The patients in my group came up with great things to put down on paper.

This activity is awesome for working on self-concept, appropriate social skills, and group cohesion.
at 2:11 PM